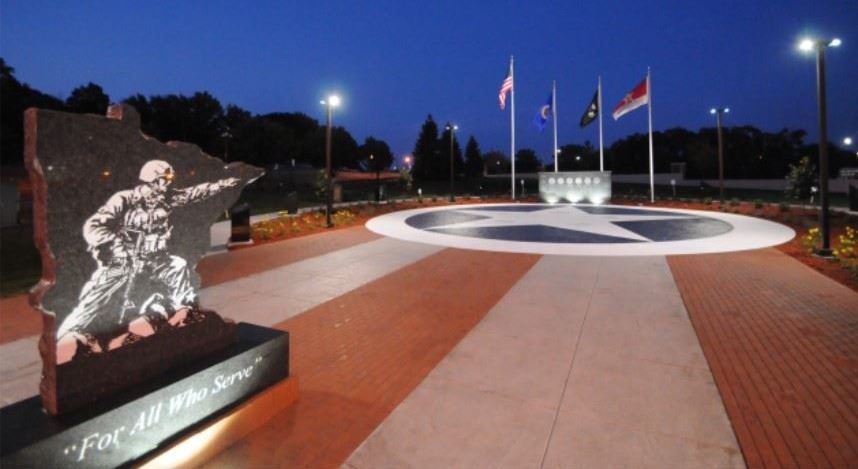 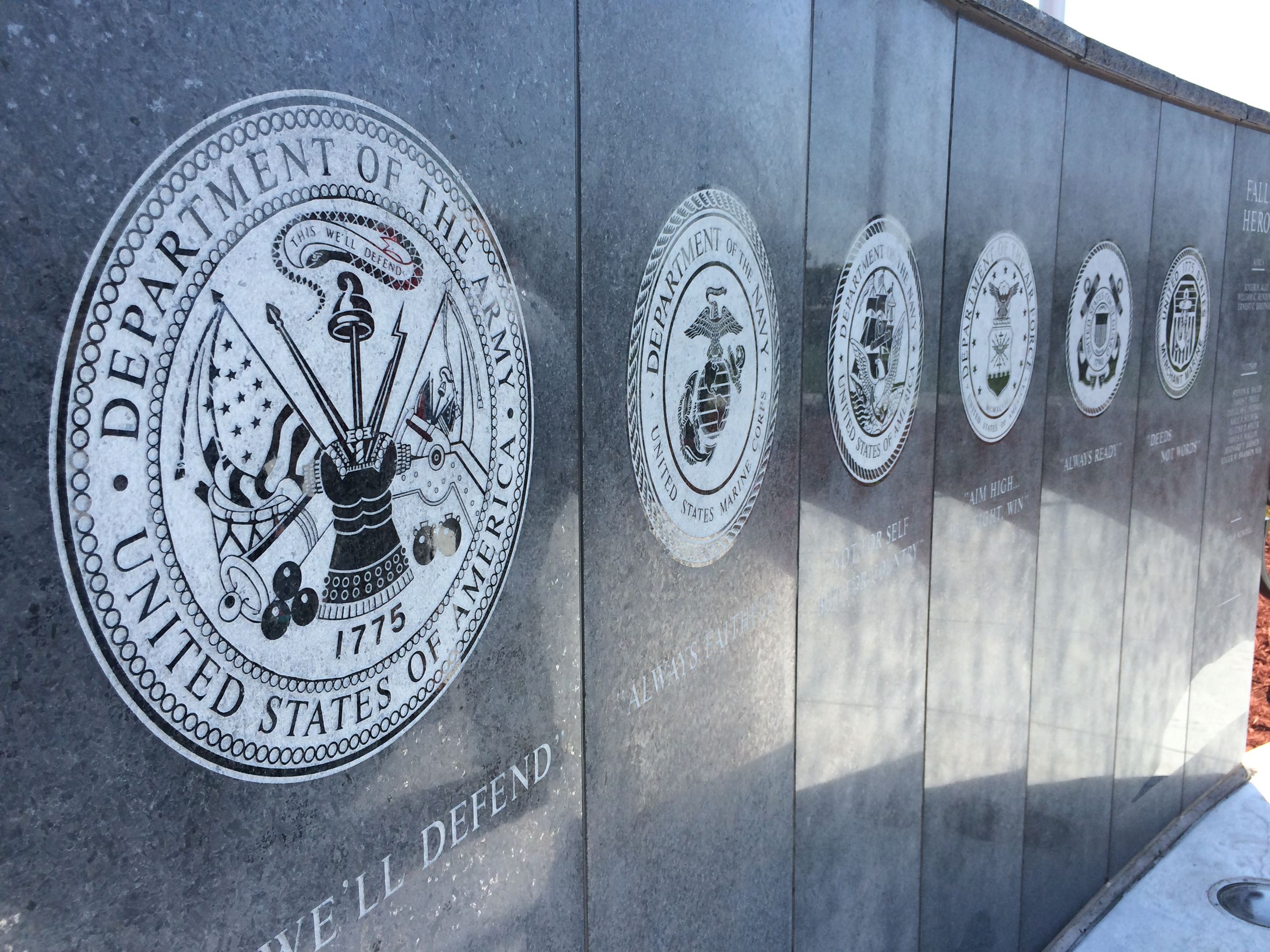 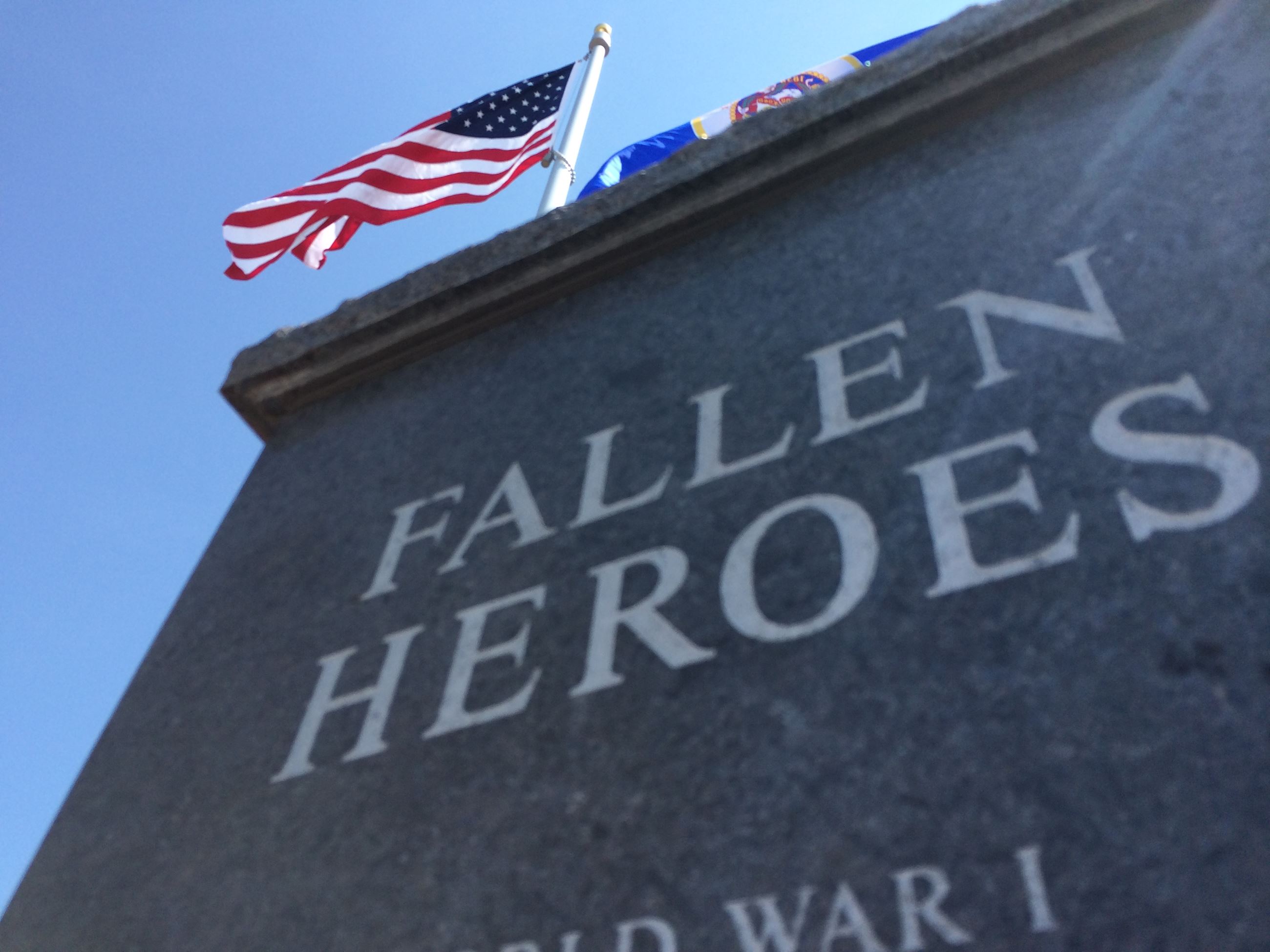 After years of planning and fundraising by North St. Paul Veteran's Park, Inc., the majestic Veteran's Park opened in August 2015.

The Park features a walk of more than 1,258 engraved pavers, commemorating those who served our country in war and peacetime. The marble wall is inscribed with each branch of the Armed Forces and the names of North St. Paul-area citizens who paid the ultimate sacrifice for our continued freedoms.

The entrance to the Park is marked by an impressive statute, an American serviceman of the modern era. The Park. located at 2480 Margaret Street.  is a great source of community pride and a solemn place to pay respect for our servicemen and servicewomen. For a calendar listing of the latest Veteran's Park events visit www.nspveteranspark.org. Honor service member today. Order a paver.

Explore the imagery at Veterans Park

Those conflicts or wars are:


The final Teaching Stand is called "Defense of Freedom" to honor all those servicemen and servicewomen that are serving today and those that will serve tomorrow.