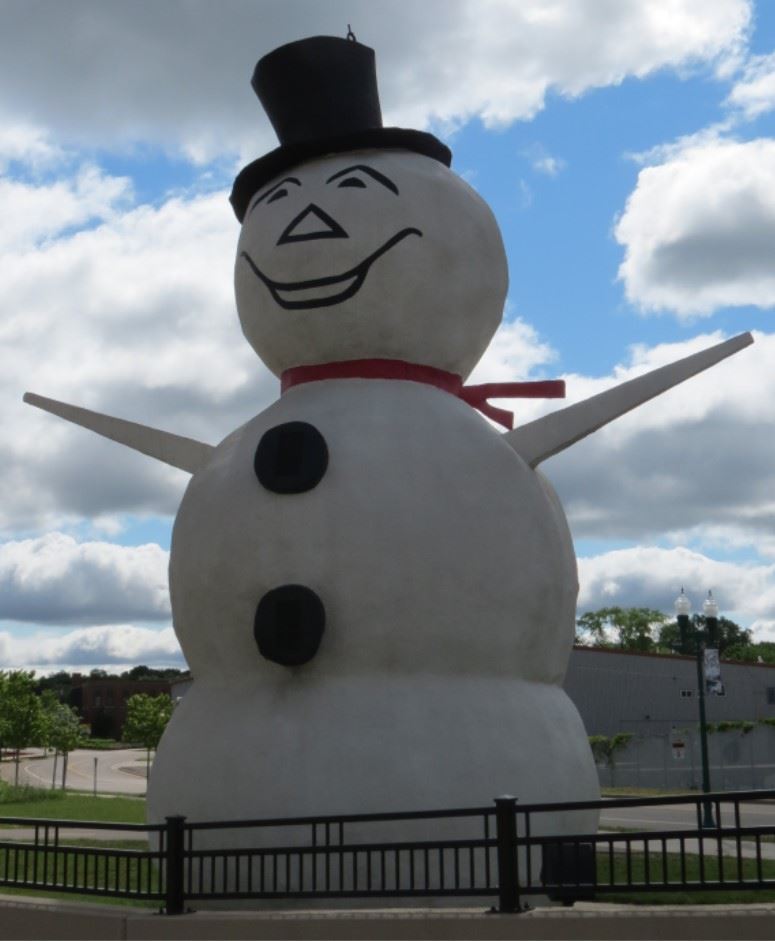 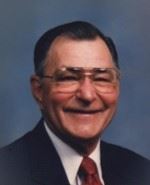 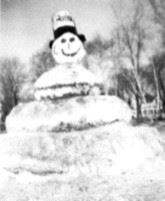 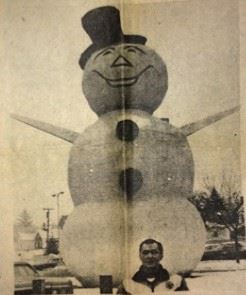 It all began in 1969 when Lloyd Koesling former barber, civic leader, and resident of North St. Paul, took his family on a vacation to Disneyland. Lloyd was so fascinated by workmen building a statue there, that when he returned to North St. Paul, he shared his fascination with the City Council, and said that he too could build a village symbol that would represent the City. Lloyd felt a snowman was the appropriate statue because every year the North St. Paul Jaycees would build a snowman as part of the annual snow Frolics Festival, using the excess snow that the snow plowing crew would drop off. The mound of snow soon resembled a huge snowman.

In 1972, the City Council donated a small plot of land to be used for the Snowman. When the day came to pour the slab, many volunteers were there to help out. From there, rods were welded together in order to give the rounded shape to the two big balls and one smaller one for the head. The big arms and the jaunty red scarf that jet out from the body are rods as well. The head was manufactured separately on the same multi-weld fashion and one of the bars ended in a huge heavy eyelet on the tip of the tilted top hat so that it could be hoisted up on top of the body. Over 1000 pounds of stucco was added to the structure. The total cost of the materials for the project back in 1972-1974 was $2000 paid by the Chamber of Commerce. The whole project took longer than expected, but on July 23,1974, a volunteer crane operator, hitched onto the eyelet and hoisted the head on, and placed it on top of the body.

For nearly 20 years, the Snowman stood on North St. Paul’s main street. It was moved to the current location on the corner of Margaret Street and Highway 36 (Central Park) in May of 1990. Partial funds to move the town mascot came from Celebrate Minnesota, an organization promoting beautification projects. Today, the snowman stands as a warm hearty welcome to travelers and locals as well. "Turn at the snowman" was the easiest way for people to know how to find North St. Paul in the metro area.

Founder, Lloyd Koesling died on March 2, 2002. And on that day the snowman wore a somber black band on his arm.
notify me
CALENDAR
agendas
Report a Problem
Submit any issues
Payments
History
Permits & Licenses
[]